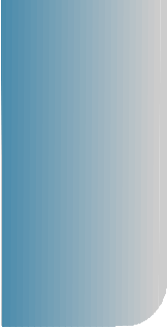 At first sight, the heralds' visitations are an ideal source of information for the medieval genealogist. The visitations produced a collection of pedigrees of families with the right to bear arms, recorded between the early 16th and the late 17th century, but in many cases extending much further back. Though they are indeed a valuable source, they must be used with great care, and confirmed from contemporary records wherever possible.

From the early 16th century to the late 17th century the heralds carried out visitations, county by county, in order to regulate the use of arms. Most counties were visited several times during this period. Those who were allowed arms had them recorded, including the quarterings to which they were entitled. Most importantly to the genealogist, supporting pedigrees were recorded. These could include, in addition to the main line of descent, offshoots giving the ancestry of wives who were heraldic heirs, in order to illustrate the route by which the quartered arms had been acquired. In these pedigrees, dates are given only occasionally, and presumably reflect the dates of documents that mention the people concerned. Often the ages of those in the final generation are given, which can allow the chronology of the later part of the pedigree to be estimated.

Sometimes the heralds also recorded some of the evidence on which the pedigree was based, such as transcripts of medieval charters, drawings of seals, coats of arms copied from churches or private houses and so on. Other information may also have been recorded at visitations, such as lists of those using arms to which they could not prove any right.
This may sound too good to be true and sadly, in many cases, it is not true. While some of the heralds were pioneers in the systematic application of record evidence to genealogy, others were far less skilful and far less scrupulous. Oral information from the family, if unsupported by documentary evidence, can clearly be relied on safely for only one or two generations (or even less than this, to judge from some examples). Even where records were used, their evidence could sometimes be misinterpreted, and in only a few cases do the heralds present the evidence alongside the finished pedigree so that their deductions can be checked. Some interesting, but hardly reassuring insights into their methods come from analysing late sixteenth-century examples. But worse than this, in an age where a distinguished descent was very desirable, the heralds seem often to have been willing to copy - or even to compile - long and impressive pedigrees which bore little relation to the truth. To make matters worse, later copies of visitation pedigrees often contain additions and continuations - these have sometimes found their way into print, because older editions were often based on copies rather than the original visitation books.

For all these reasons, in general, the shorter the pedigree entered at a visitation, the more reliable it is likely to be. Viewed as contemporary records of the immediate family at the time of the visitation itself, they are excellent evidence. In particular, they record many details of the marriages of daughters and younger sons, which may be found nowhere else. The information about earlier generations may or may not be correct, and it is always dangerous to accept it without corroboration (of course, the pedigree may also give vital clues about where to look for evidence).